Christmas Eve of Peace and Prosperity 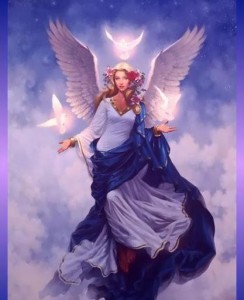 Christmas Eve was some one the greatest musical experiences I have ever had in my career, thanks to the Exposition and to the world of Goa.

The evening ended with an angel and Christmas performance at midnight to an audience of 5-6,000 people, as well as a live broadcast on TV of angel music, peace and prosperity music and Christmas celebration.  It was the largest mass in Goa with enthusiastic and heartfelt individuals that were brought together.

A song for the children, an angel jam and warm responses from the audience brought in a Christmas joy that Old Goa brings in through the excitable energy and beauty from the largest churches in Asia.

The evening had been followed by 4 earlier performances in Se Cathedral, all with the angel music and peace and prosperity songs.  It was one of the best audiences Ive ever had, thank the angels!  And, it was from so many places around the world and India.  There were so many wonderful people that I had the bounty of meeting, all interested in the movement of peace and prosperity and bringing it into their lives as much as they could.

The angel world tour is bringing in more and more invitations to travel throughout Asia and the world.  So many opportunities are opening to me!  What a great gift from Divine Spirit!  I believe in the message of peace and prosperity and others are sharing and responding.  I feel a whole movement is taking place in and around me and growing as I travel, all which is allowing those who believe in peace and prosperity to be reminded and to merge with the divine message. 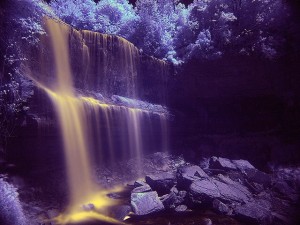 The music Ive created has been designed specifically to offer angelic inspiration as well as to bring peace and prosperity.  It is a launch to personal inspiration as well as educational and empowerment programs.  What I am loving to see is how one is bouncing off the other with the angels at play.  The performances have brought great recognition to my childrens camp as well as other campaigns that are currently in progress for Goa and the world.

While a 5 – 6,000 audience is a bounty, it is not the only gift I feel I had yesterday.  Sometimes it comes from one audience member.  This is an audience member who came to all 5 of my performances yesterday, and as a matter of fact, had been coming to the other Se Cathedral performances that I had been giving.

Yesterday was the first time he opened up and let himself be known to me.  We had a great conversation and he told me so many things about Goa.  He then felt inclined to take me and Babaji, who had come to assist me for midnight mass, to his friends place for some soup as I was so tired by the time I had finished four sets.

In a casual conversation, Babaji asked about his sweetheart.  In a trigger response, he decided to tell us what had happened.  It took a lot of time for him to open up, but when he did, it was a heart breaking tragedy.  He was working away from home and his sweetheart went to a Christmas party.  A man placed date rape drugs in her drink then tried to rape her.  In an attempt to get away on her motorbike, she crashed into another vehicle and died on impact.

The tragedy had remained with him for over 20 years.  He cried and cried as he told us this story, telling us he never let anyone know but had also rejected every woman that had come into his life.  In the conversation, he moved into a spiritual healing, releasing the tragedy he had held next to his heart and was guided to connect with the angel that this woman had become through the night.

The music, in its subtle ways, became a calling from the angels to him. It kept drawing him to the music and to me as well as Babaji, specifically so he could release a tragedy he held in his heart for too long.  I am sending so many blessings of God to this man so he can connect with his angels and heal.

Greater than any gift yesterday was the man who was drawn to the concerts and received the healing he so longed for.

God Bless all those who wish for a Merry Christmas!