The Magic of Spirit 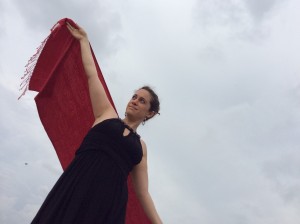 The song, “Rise Phoenix” and the vision of “Sounds of Humanity” has been a long time dream that I often see during my meditation.  With the business of life, it hasn’t taken play until now.  With lots of faith, prayers to angels and my hope in taking this journey, I’m very grateful for the beginning of this with the release of my video.

There are no limitations.  When you are aligned with your true spirit and purpose, nature, the Earth, the heavens and the angels rejoice and dance with you.  They stand at your aid to create and make things happen.  This is the true magic of life.

Amazingly, everything in this video was done through a lot of creativity and a small iPad that ran out of memory after the final video was taken.  🙂

It isn’t just the creative committment that makes me totally excited about this video.  It’s the coming together of the video so spontaneously and with such agreement and magic with spirit.  It turned into a small, but eventful spiritual journey with beautiful and magicl signs from the heavens and the Earth.  It’s an example of those daily miracles and magic that happen to make sure the life path is cleared to create a harmonious journey with spirit.

I began to put the video of “Rise Phoenix” together after a rough recording at a piano shop that I hunted down in India.  Yes, they are few and far between; however, I found one a few blocks from my home.  But for some reason… I had to do it at this moment.  I was struggling and so frustrated, trying to find free stock footage for the rest of the video.

In a spontaneous decision, Babaji and I decided to go to my favorite power spot in Bangalore.  It is a 3,000 million year old granite pyramid / rock that I find has very primal power, among other spiritual elements that I love to tap into when I’m feeling down or when I really want to connect to a different essence.  I jumped into my dress and we were off.

The rest is complete magic.  There were several elements that naturally came together and included direct alignment, making the shoots easy and eventful. But the best part… Every time we would go to shoot, a swarm of eagles would create a vortex in back of me.  Toward the end, a huge swarm of over 100 eagles were literally behind me while I was twirling.  You can see at the end of the video some other birds joined in, flying directly over  my head.  They continued creating an astral / air vortex, often remaining in the same place for a long time and developing a significant and very interesting pattern in the sky.  This was all spontaneously recorded.

This as a great representation of freedom, flying spirit and of the message that Rise Phoenix is all about.   The freedom to be without limitations.  To simply fly beyond the ashes.  Yes, the eagles knew and created the magic of the day.  They have a great message that they are sending to mankind with the hope of having peace and prosperity on Earth.

Check out the Video!